We headed out Friday morning on our usual drive…..stopping at Old Reid first. That was a good decision, since we were able to witness some interesting swan behavior.
The resident pastor Mute Swans were defending their territory from another pair, which we had seen fling in from over the lake a bit earlier. David was able to get some great shots of the flyover. 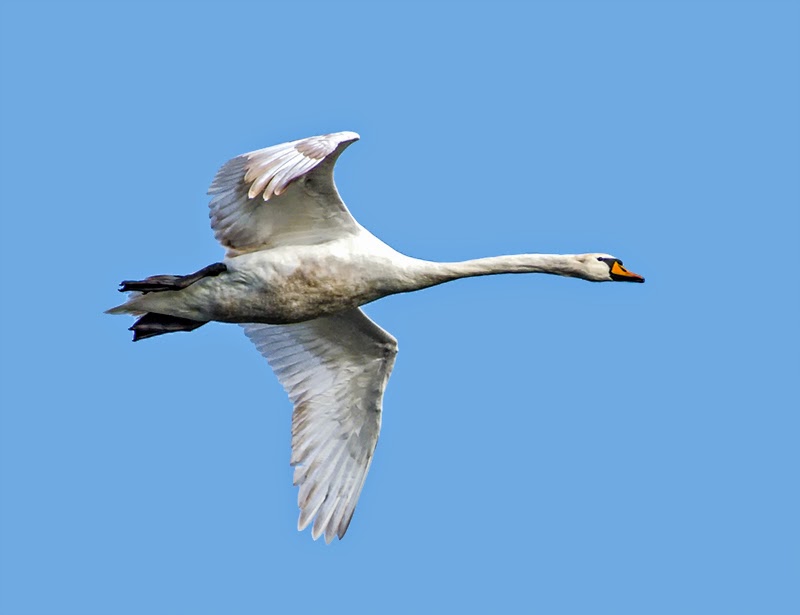 This swan is going after one of the intruders….he’s leaving a wake! 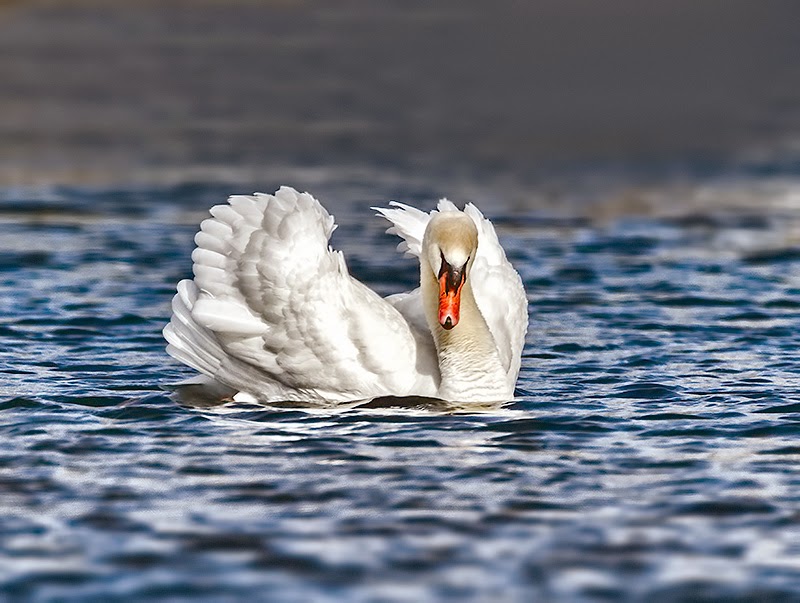 He’s showing his stuff after chasing off the other swans. 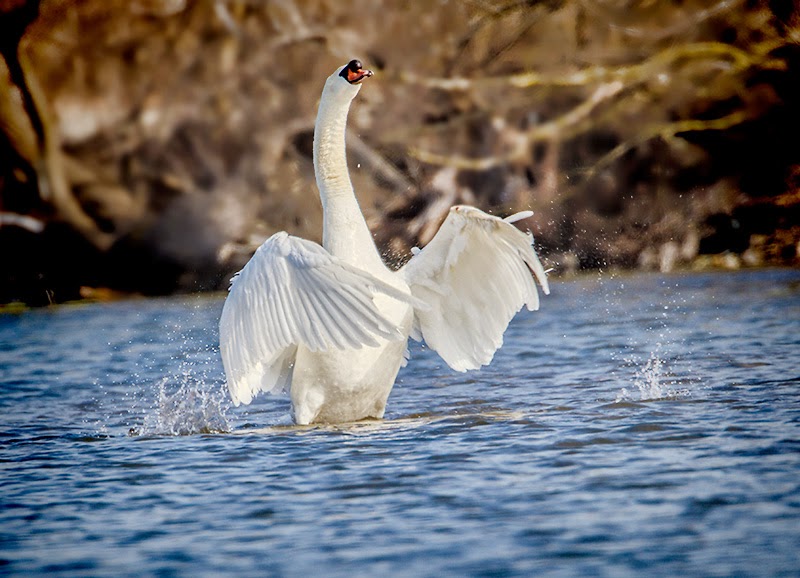 Once the intruders were gone, our resident swans met up to congratulate themselves. 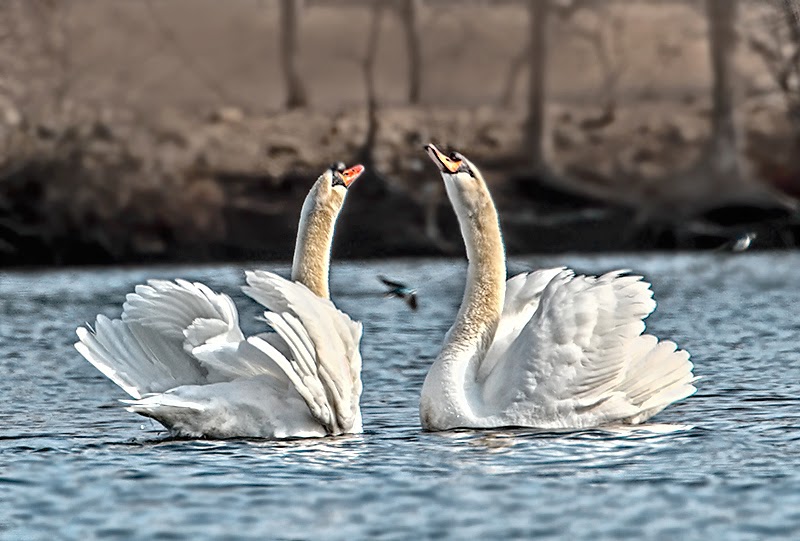