Harvest in the Moonlight

Last evening I perched myself in the upstairs dormer window to catch the Waning Gibbous Moonrise which was to be at 6:10pm.
I was pleased to see that the farmers were harvesting the corn in the fields behind us and photographed them working as the moon rose from the horizon.
Not the best shots technically, but for subjects over a mile away and in the dark...they'll do.
Thankful for the farmers and their crops... 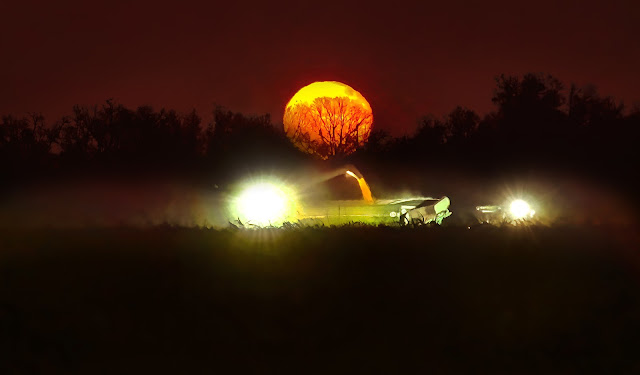 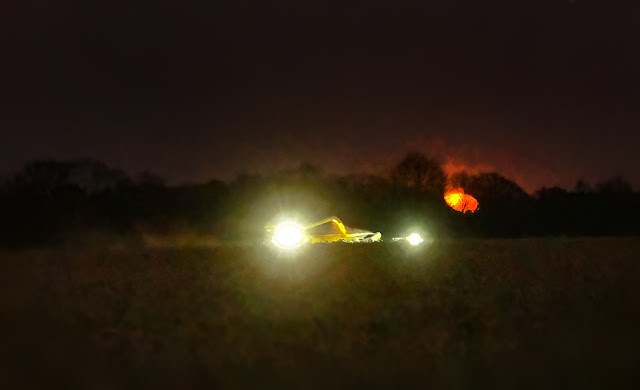 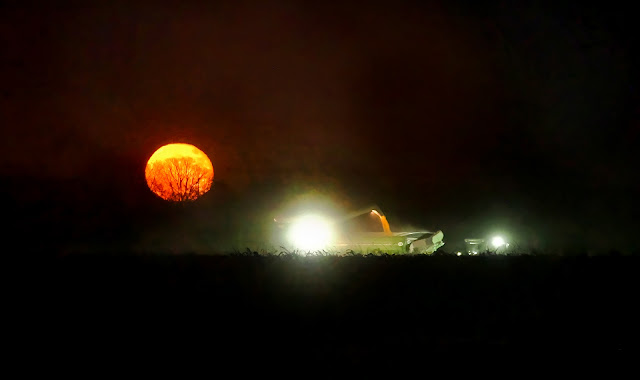 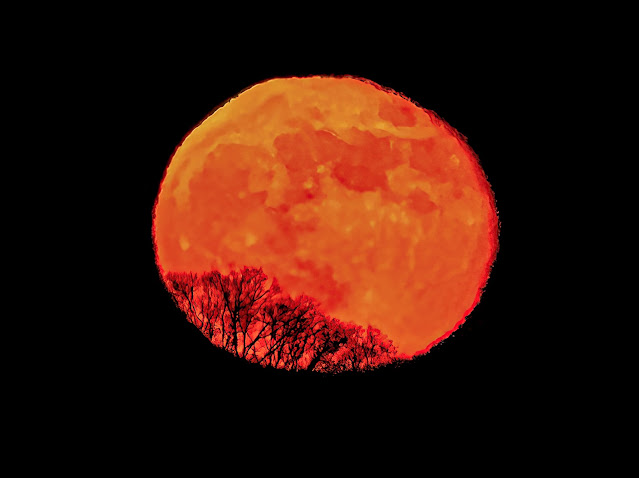 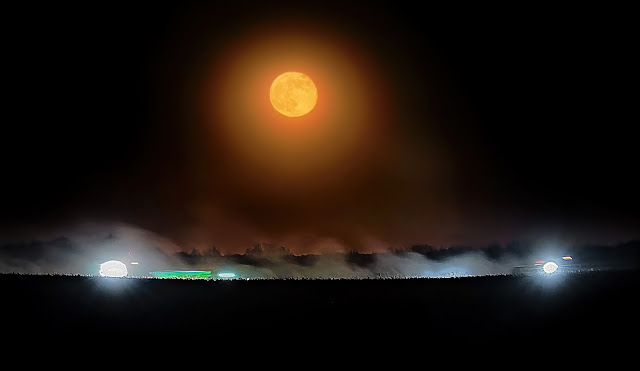 We got up at 3am... although neither of us really slept in anticipation of heading to the CJ Brown Marina to watch and photograph the Full Moon Lunar Eclipse.
I had been out to the marina on two recon visits to see which point would be best for shooting foreground images and for the best viewing angle of the eclipse. Using the Photo Pills App, I decided that the Marina would be best.
There's been lots of publicity about this eclipse. Full lunar eclipses happen about every 3 years, but this is actually the second one to occur in 2022 (there was one in May that was not viewable in the US). There won't be another until 2025.
Once we arrived, I set up my OM Systems OM-1 with the 100-400mm on a tripod to get full frame images as the eclipse evolved. I set up David's OM-1 with the Pana/ Leica 8-18mm to get scenic shots of the foreground. And...new this year, I set up the Vaonis Vespera to shoot automatically tracked images.
The Vespera shoots the moon in grayscale, so I didn't plan on using it other that to be able to stay in the warm car and monitor the eclipse progress from my phone screen. It was perfect for that, but it lost the moon as umbra approached, so I retargeted it for a nebula and used to time to shoot images that I'll post later.
While David and Gracie (our pup) dozed, I hopped out of the car every 15 minutes or so to grab shots.
While we didn't have good views of the end of the eclipse (because the moonset was occurring and the moon dropped below the horizon), we did have amazing views of the penumbra, umbral, and the totality stages.
Here's a stacked image of some favorite shots.... 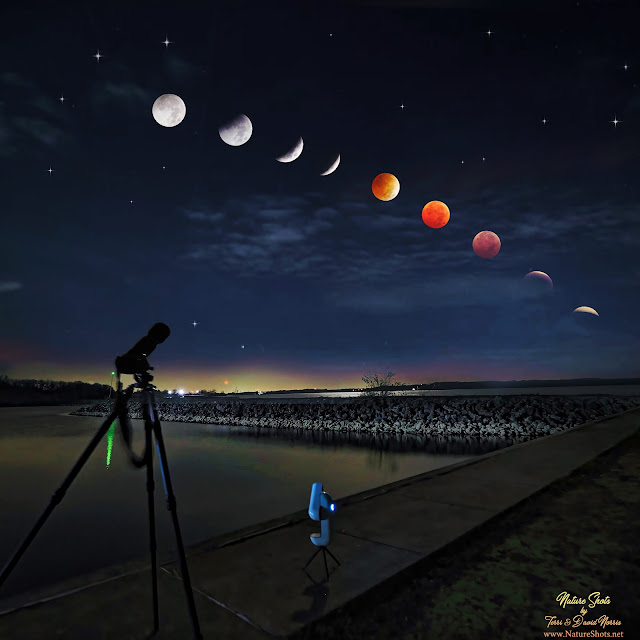 And another view as a collage....