Our Move to Olympus

Now that we've been using Olympus cameras and lenses for over a year, I feel like it's time to summarize our thoughts.
I used an Olympus Pen EE-S (half frame 35mm) as a teenager in the '70s and then in the late '90s I used one of the first Olympus digital cameras.....the Olympus D-620L (a huge 1 megapixel camera) and the Olympus C-2020 (which I won in a photo contest using the 620L).
As my photo skills advanced, and I moved toward wildlife photography, I became interested in Canon gear; mainly because of their L glass lenses. In 2001, I purchased a Canon D30....a 3 megapixel camera and a Canon 100-400 IS lens. This combo marked my entry into serious nature photography.
As the years progressed, I moved to Canon L glass primes; including the Canon 300mm F4, the Canon 400mm F5.6, and the Canon 500mm F4. As sensor capabilities improved, I moved forward by using Canon Full Frame and Cropped sensors....my favorite being the Canon 7D Mark2.
We were traveling frequently by air at the time, and travel with the Canon gear was always an issue. Because I refused to check my gear, it meant that I was always packing gear around the airports and having to deal with that hassle.
In the summer of 2019, I began researching gear that would be lighter and easier to fly with, but yet would continue to produce the quality I had come to expect. I read and researched for about 3 months and began zeroing in on the M43 system due to the smaller size and availability of quality lenses in the focal length I wanted. Olympus and Panasonic Luminex were the only real producers of M43 systems.
During my research, I was repeatedly drawn to images produced by the Olympus Zuiko 300 F4 lens. The sharpness and clarity were amazing, and I loved the ability to add the 1.4x and 2x Olympus converters. Because of the 2x crop factor from the smaller M43 sensor, the 300 F4 was essentially a 600mm lens. By adding the 2x converter, a focal length of 1200mm could be achieved...in a 3.5 pound combo!
My Canon 500F4 weighed a stout 8.5 pounds. Because there was no way for me to effectively hand-hold it, I had to add on another 4 pounds for a monopod. Or, if using my Gitzo Carbon Fiber Tripod with the added Jobu Gimbal head, an additional 11 pounds. The total weight I carried for a good number of years was generally 15-19 pounds.
I was amazed to discover that shooting the Olympus system with the EM5 Mark3 body (12.8 ounces) and the 300 F4 lens (2.4 pounds)  would reduce my gear weight to under 3.5 pounds. No need for monopod or tripod...the Olympus IBIS (in body image stabilization) would add up to 7 stops of stabilization...allowing hand holding at slow shutter speeds.
In November of 2019, I jumped in headfirst with the purchase of the just released Oly EM5 Mark 3 and the Olympus Zuiko 300mm F4 Pro lens with both the 1.4x and 2x converters. While I had considered getting the slightly larger EM1M2 body, I had read that an EM1M3 would be released soon, and that it would have additional capabilities that the EM1M2 did not have. In addition, I wanted a very small body that I could pack and carry on a daily basis. The EM5M3 had a 20 MP sensor and all of the functions that I needed to test out the system.
I had read the reviews repeatedly and was aware of the negatives of the M43 system. Because of the smaller sensor size, noise was thought to be an issue. This was a concern for me, but because I had dealt with the "noise" issue with the cropped sensor of the Canon 7DM2, I was prepared to risk that negative.
My first outing with the EM5M3 and 300mm left me speechless. I was amazed at the sharpness and quality straight out of the camera. These are from my first outing at Buck Creek State Park. They are cropped with Topaz Denoise applied. 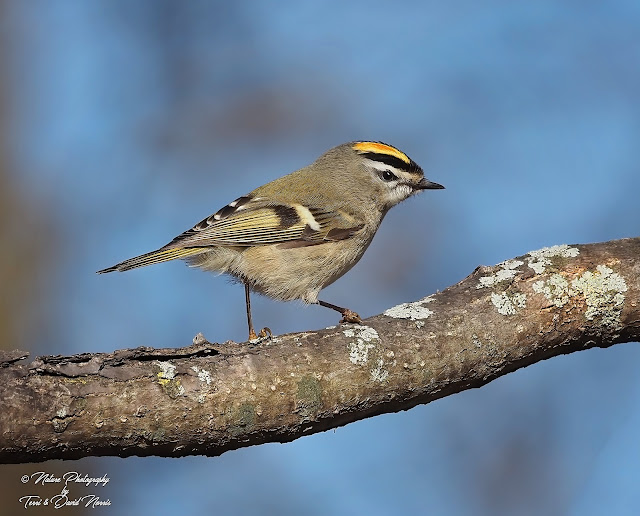 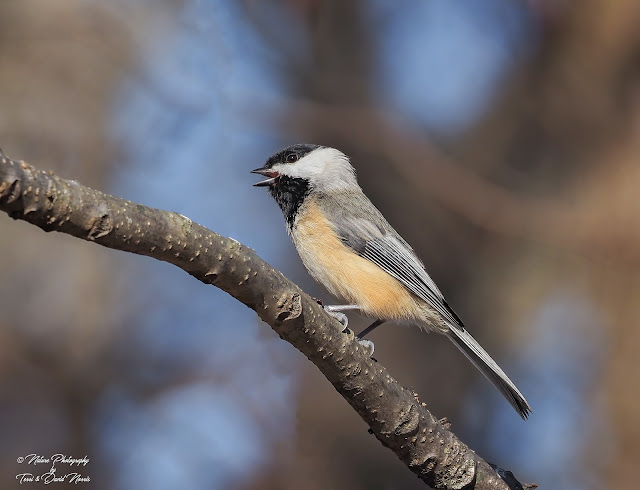 After that initial outing, I was hooked! I purchased an Oly EM1M3 as soon as it was available for pre-order. The additional capabilities of Starry Sky Autofocus and In-Camera ND Live filter appealed to me. Here's a couple of shots showing those modes....
This image was shot using the Oly In-Camera Live ND filter. It's hand-held and was shot at ISO 60, F22, 1/30 sec. I was set at ND 8. 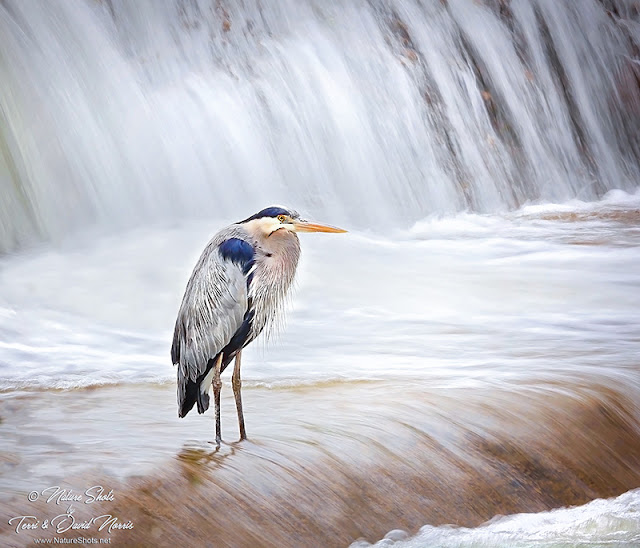 The following image was shot at Hocking Hills State Park. I've always wanted a Milky Way shot with fall foliage in the foreground and was hopeful that the dark skies at Hocking Hills would cooperate.
I did use a tripod for this one, and I used Oly's Starry Sky Autofocus. It makes getting sharp night sky images a cinch. I have my Custom Function 4 set as Starry Sky on my EM1M3, so I only need to turn my dial to go to my favorite night sky mode.
This was shot with the Panasonic Leica 8-18mm and was at ISO 2000, 3.2 seconds at F2.8. Topaz Denoise AI and Topaz Adjust AI post-processing. 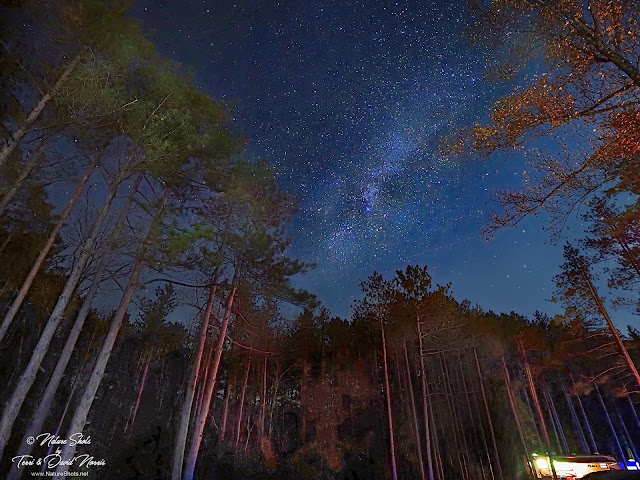 Needless to say, I have been thrilled with the quality and creative abilities of the Olympus M43 system. Enough so that we recently picked up a second EM1M5 and an Oly 100-400 lens for David (he was still shooting the Canon 7DM1 and Sigma 150-600mm....very heavy!). My EM5M3 is now my dedicated macro body and I keep the Oly 60mm Macro lens mounted to it. A super lightweight and functional combo.
As a final testimony, my Canon big gear has not been out of the bag since November of 2019!