One of the biggest astrological events this year is the conjunction of Jupiter and Saturn on December 21.....the Winter Solstice.
This event happens about every 800 years, but 400 years ago it occurred during daylight hours and thus was not visible.
While many folks were calling tis a "Christmas Star," it was not. However, it may have been interpreted as one in years past.
My initial thoughts were to try to photograph the conjunction from our property, but the horizon is not easily visible. This conjunction was low on the horizon, and only visible from just after sunset until Jupiter drops below the horizon at about 7:30pm. Prime time to photograph being about 6:30.
In order to visualize the horizon, I decided to try a couple locations at Buck Creek State Park on 12/20/2020 when we had clear skies. I found that at all of my potential locations did not have clear views, and decided to photograph from Old Reid Park using the ponds as foreground.
This landscape view, using the Olympus EM1 Mark3 and Leic 8-18mm lens, shows the location of the conjunction in perspective to the waning crescent moon. 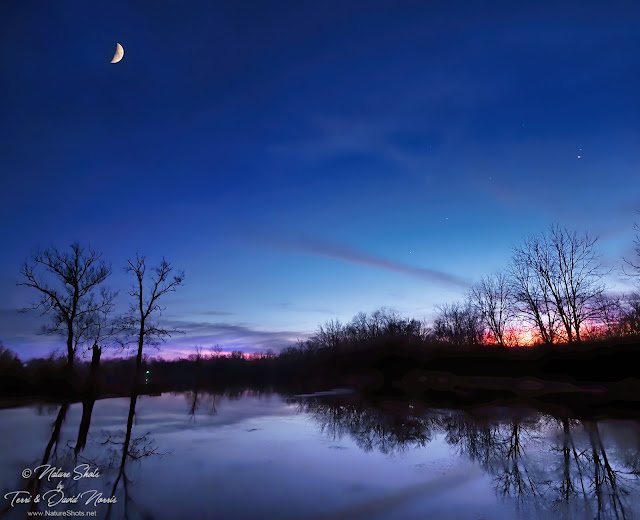 Using switched to the Olympus Zuiko 300mm lens. The Olympus Starry Sky autofocus mode allowed me to lock focus quickly and accurately on Jupiter and Saturn. 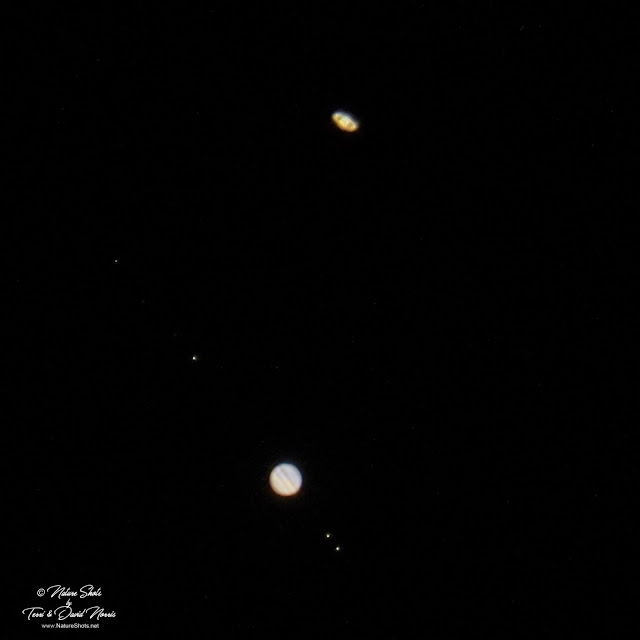 We returned the following night at about the same time on 12/21/2020....the Winter Solstice.
Skies weren't friendly, with almost complete cloud cover. We decided to stay for a bit, and about 6:30, the clouds broke for about 15 minutes. 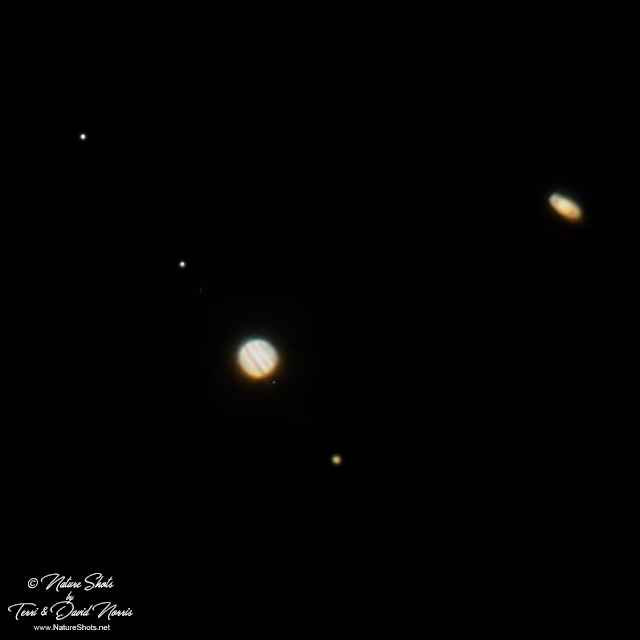