This is the Eastern Hornet Fly, Spilomyia longicornis, from Kirby Preserve in Clark County yesterday. The Hornet Fly is a species of syrphid fly (Hover Flies and Flower Flies). They are harmless and don't sting or bite.They are great wasp mimics, utilizing coloring as a protection by appearing to be a wasp or bee....something called "Batesian mimicry." Sources state that "some species even go so far as to wave their front legs in front of their face to mimic the jointed antennae of the potter wasps." I think that's what this fellow was doing. Didn't fool me a bit, though. 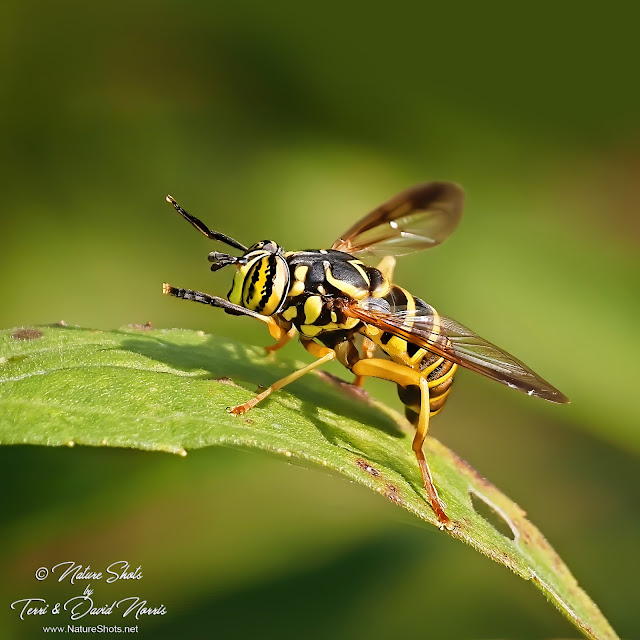