We had our evening walk at CJ Brown tonight, and caught a lovely sunset. I love watching folks enjoy our local park. These folks were enjoying the sunset with their dogs. 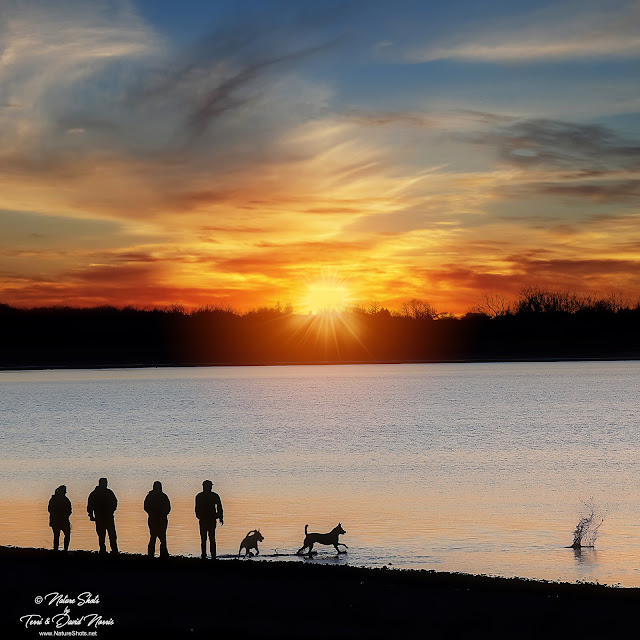 One of the coolest moments was catching images of a plane passing in front of the nearly full moon.
I was using the Olympus EM1 Mark 3 with the Zuiko 300mm lens and MC-20 2x converter...because of the 2x crop factor of the micro 4/3 camera, I was effectively shooting at 1200mm....handheld. I've been amazed by the sharpness of this combo, and was not to be disappointed.
As we walked, we watched about a dozen planes passing close, but never in front of the moon. We were almost back to the car when we noticed a plane moving in a vector that looked like it had a good potential. Here's some images....we were both cheering when we saw the results on the camera LCD screen.
Why did this image work so well? Normally, an image of a plane in front of the moon would just show a silhouette of the plane due to the backlighting of the moon and no light on the plane. The moon and the plane would both be in focus; as both are at the infinity focus plane of the lens. However, as you can see in the image above (which was shot about fifteen minutes after the plane images) there was a gorgeous sunset going on. The sunset was directly behind me as I tracked the plane. This allowed the plane to be bathed in the lovely light. I couldn't have planned this better.....and I will admit that I hadn't planned it at all....just a lucky sequence of events!
After posting on Ohio Wildlife and Nature, several commenters noted that the plane is a C-17 Globemaster from Wright Patterson Air Force Base. Wright Pat Command requested and was provided with images for use in their publications!
The image also won a "Best of the Month" on the Universe of Color Photography site. 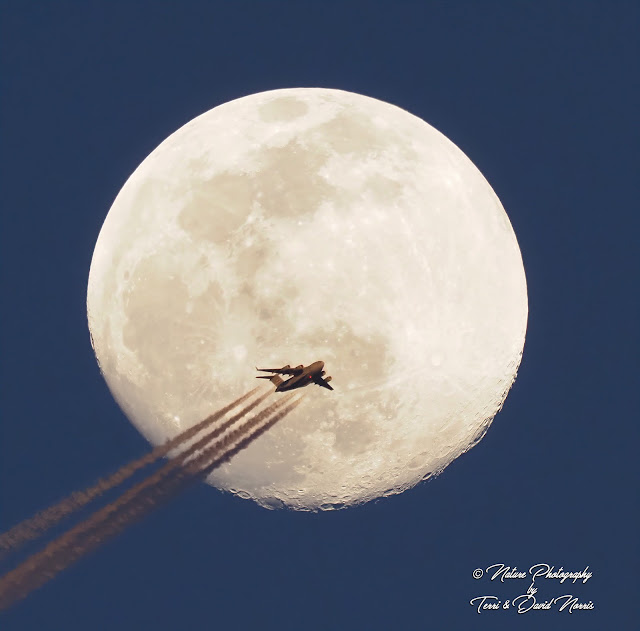 I've added more of the sequence (roughly every 3rd image)....straight out of the camera with only my logo added. Unreal details in the plane due to the reflected light!
Click to enlarge. 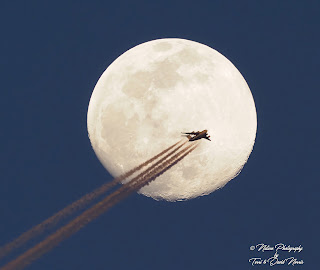 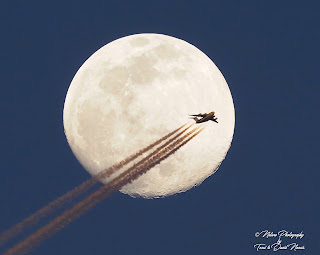 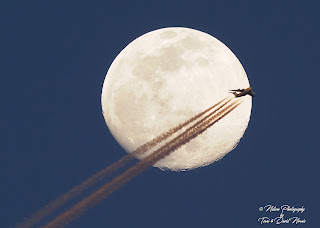 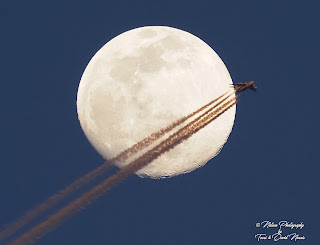 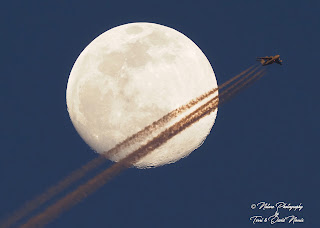 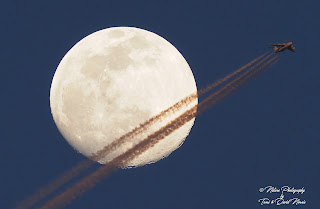 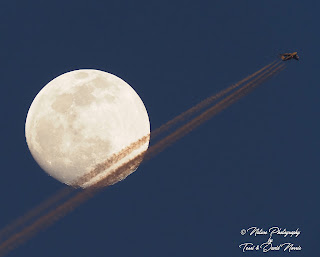 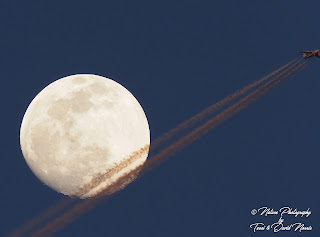