We had some free time this week, so took a short drive to Deer Creek State Park. For several days, a male Long-tailed Duck had been seen at the dam in accompaniment with mergansers. To top it off, the previous evening birders had reported that several females had also arrived.
The temperature was about 20 degrees, but there were several fishermen along the banks when we arrived, and I was concerned that the ducks would not be visible. To my surprise, the Long-tails were cruising up and down the dam run-off area only yards from the fishermen.
Here are a few images….more to come! 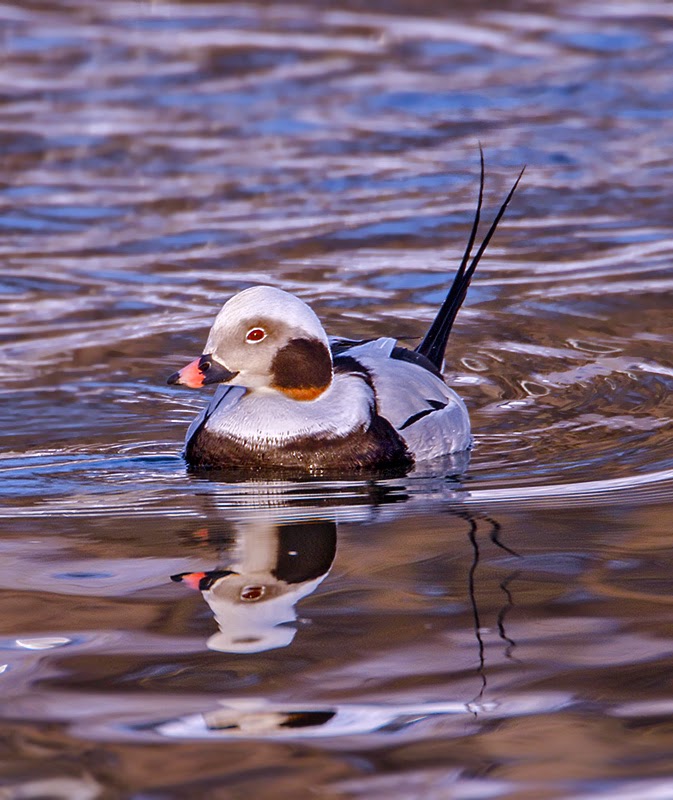 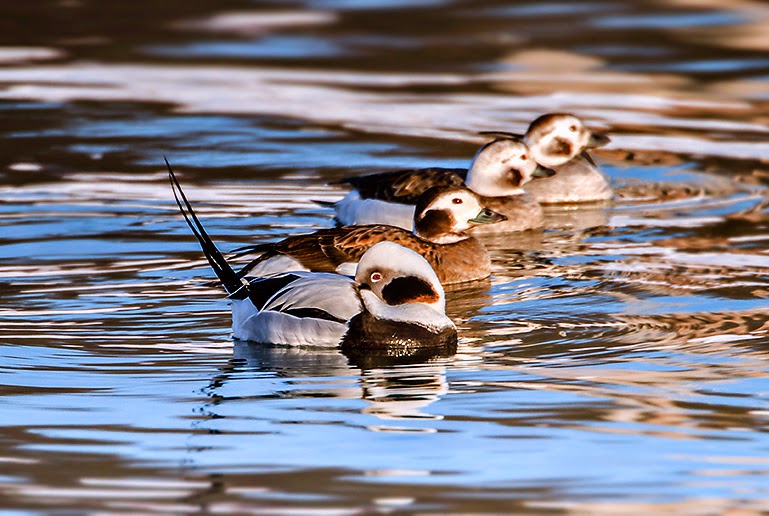 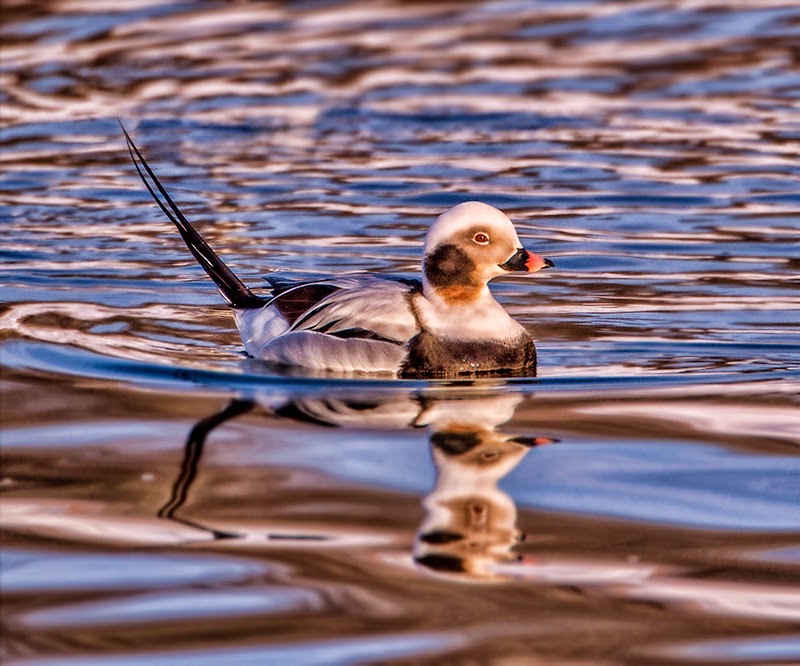