We returned home yesterday from a wonderful week at Magee Marsh. The “Biggest Week in American Birding” was in full force; celebrating the annual migration. Birds stop at the Lake Erie edge to feed before crossing the lake. This allows great opportunities to view birds that are seldom seen in many areas of the country.
Of interest on Thursday at Magee was a hybrid Blue-Winged Warbler.
A little background…the Gold-Winged Warbler is a much sought-after bird to see at Magee (and anywhere else for that matter). We were fortunate to have several chances to view and photograph this little gem. Here’s a shot from Friday, May 10. 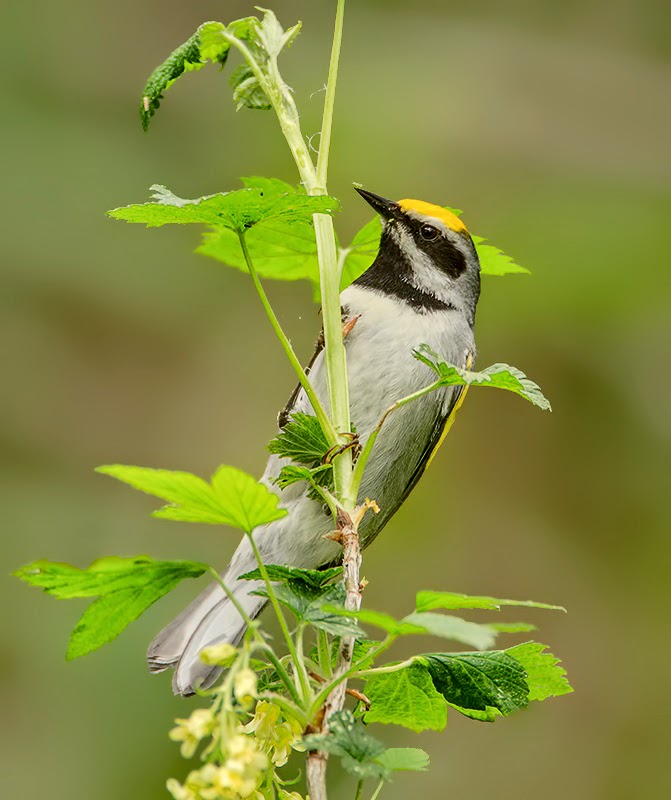 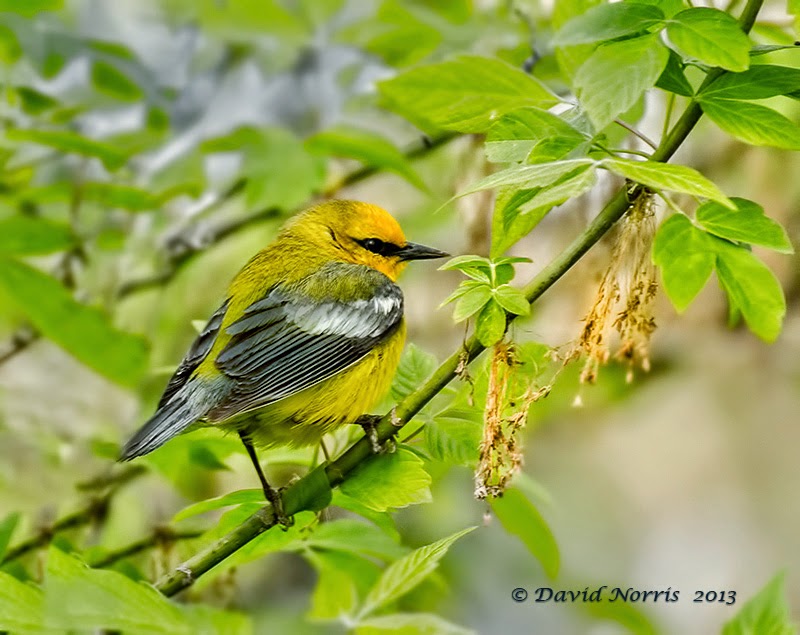 On Thursday, May 9, we were at the small loop on the Magee boardwalk, when I heard the Blue-Winged Warbler call….looking up, I thought that it was a Blue-Winged, and was able to snap a few brief shots before the birds flew out. We (and a large crowd) were not able to relocate him.
As I reviewed my images and showed them to some advanced birders who had also viewed the bird, it became evident that the bird was not a Brewsters (a first generation cross between a Golden-Winged Warbler and a Blue-Winged Warbler), or a Lawrence’s (a crossback between a Brewsters and a Blue-Wing) but rather the bird had wing patches of  a Gold-Winged and head feathering of a Blue-Winged. The experts told me that a Brewsters will cross back with another pure bird; producing a 2nd-generation hybrid warbler. Here are some images (apologies for the poor quality): 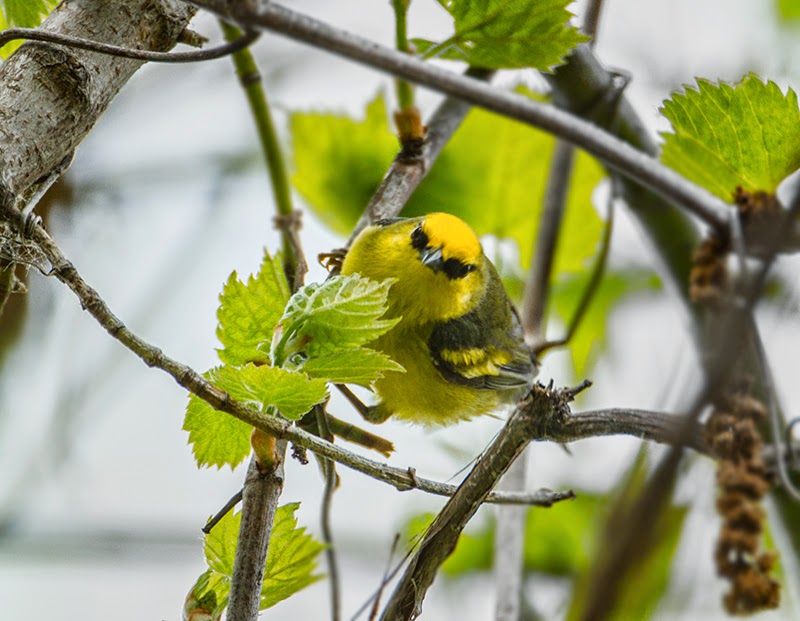 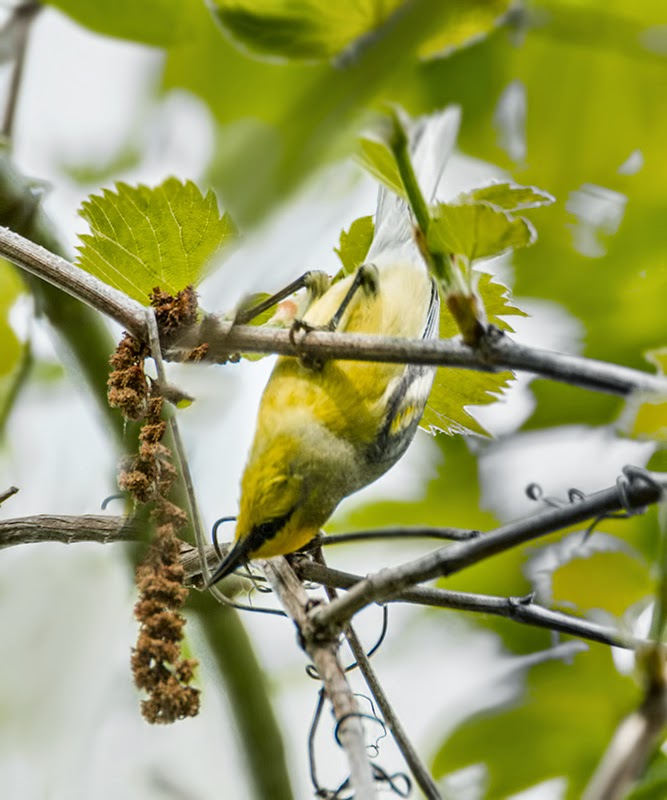 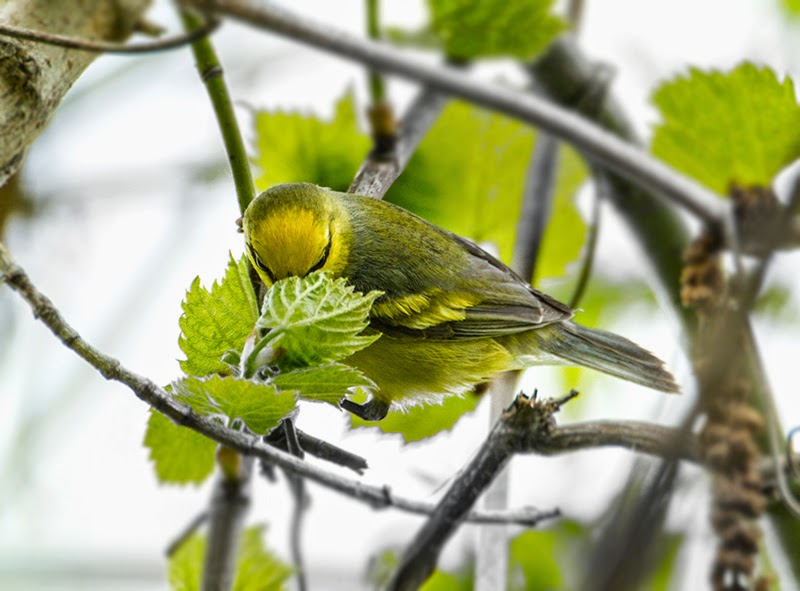